Filtering facepiece respirators (FFR), which are sometimes called disposable respirators, are subject to various regulatory standards around the world.

These standards specify specific required physical properties and performance characteristics for respirators to claim compliance with the particular rule.

During pandemic or emergencies, health authorities often reference these standards when making respirator recommendations, stating, for example, that specific population should use an “N95, FFP2, or equivalent” respirator.

As shown in the following summary table, respirators certified as meeting these standards can be expected to function very similarly to one another, based on the performance requirements stated in the rules and confirmed during conformity testing.

Based on this comparison, it is reasonable to consider China KN95, AS/NZ P2, Korea 1st Class, and Japan DS FFRs as “equivalent” to US NIOSH N95 and European FFP2 respirators, for filtering non-oil-based particles such as those resulting from wildfires, PM 2.5 air pollution, volcanic eruptions, or bioaerosols (e.g., viruses).

However, before selecting a respirator, users should consult their local respiratory protection regulations and requirements or check with their local public health authorities for selection guidance.

The following is the comparison of FFP2, KN95, And N95 parameters.

*Japan JMHLW-Notification 214 requires an Inward Leakage test rather than a TIL test.

What Is Dust Cleaning Mud?

What Is Dust Cleaning Mud? Dust cleaning mud is a non-toxic, blob of goo and a fun gel that works... read more

What face mask against coronavirus?

Faced with coronavirus, many people seek to protect themselves with the help of a face mask. But between surgical... read more

Having neck pain on a daily basis is not pleasant. That's why if you have this kind of pain,... read more

Things You Need To Know About Hydro Jet Drain Cleaner

What is a hydro jet? A hydro jet is a hose, which is connected to a powerful nozzle. The nozzle... read more

I12 TWS Review: How good is the cheap AirPod clone?

What you need to know about protective masks

What you need to know about protective masks -25%Out of stock Health Disposable Face Mask Anti-droplet Respirator Mask For Kid 10PCS 5.00 out... read more

What are the advantages of latex pillows?

Latex pillow for a restful sleep When looking for a new pillow or pillow, you will quickly find that the... read more

What is Latex Pillow?

What is a latex pillow? A latex pillow is a pillow whose core is made from rubber tree sap, synthetic... read more

Why You Need The Feng Shui Black Stone Bracelet

From protecting your energy to cleansing your energetic space, you can barely overlook the essence of the feng shui... read more 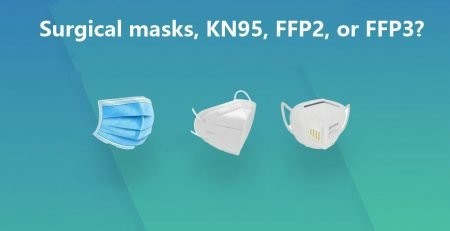 What are the Masks? Filtering masks or face masks are Personal Protective Equipment - PPE - capable of reducing the... read more

Why You Need The Feng Shui Black Stone Bracelet