Our Magical Car Ice Scraper is the best and well-known handheld tool for removing frost, ice, and snow from windows on automobiles without damaging your car’s windshield. With this scraper, you don’t have to stay cold outside your cars for too long. It will clear off ice and snow in your cars and windshields in just a few seconds!

Click the “Add to Cart” button now! Limited Quantity – Will sell out fast!

Please allow 2-5 weeks for delivery to the rest of the world.

has been added to your cart.
Checkout
YOUR CART
Subtotal:
$0.00
CHECKOUT
BEST SELLING PRODUCTS 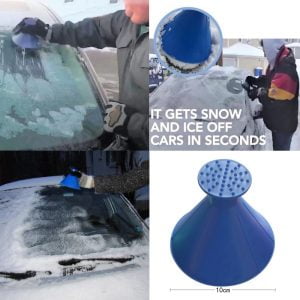